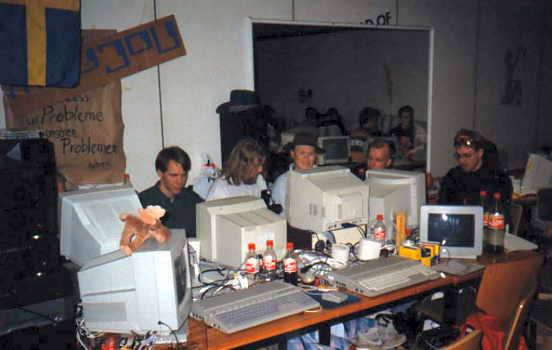 The infamous banana dissection at Fried Bits III that nearly got us thrown out of Germany. 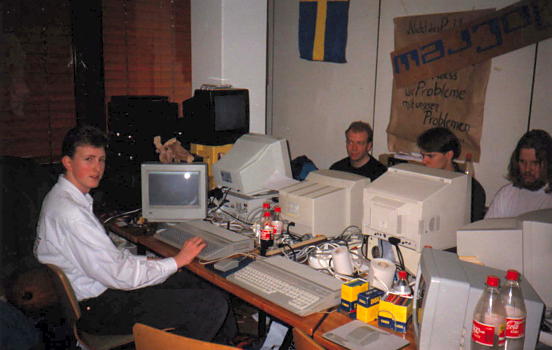 Reine and NoCrew in the infamous viking corner at FB3 in Bremen.

NoCrew in the Swedish corner at FB3 in Bremen. 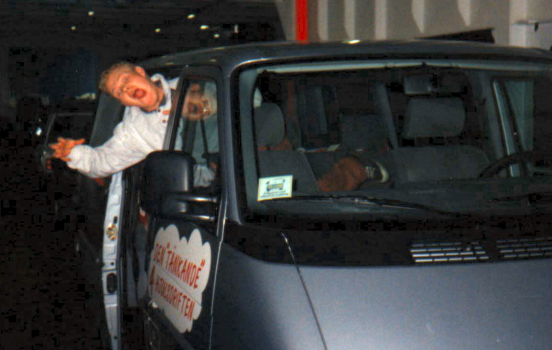 Johan enjoying a cup of tea at NAS. A casualty of war during the Great Suction Arrow War in the halls of NAS. 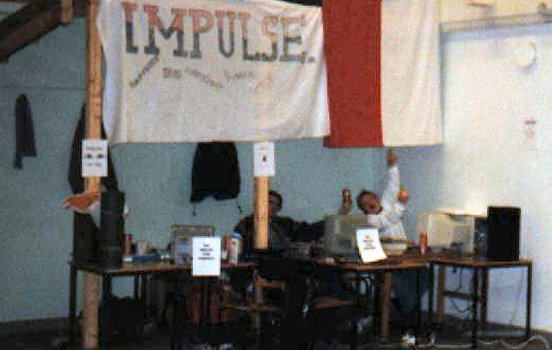 NoCrew and Impulse, the organizers of the Motorola Inside convention never sleep. The twin towers of coke at Motorola Inside convention. 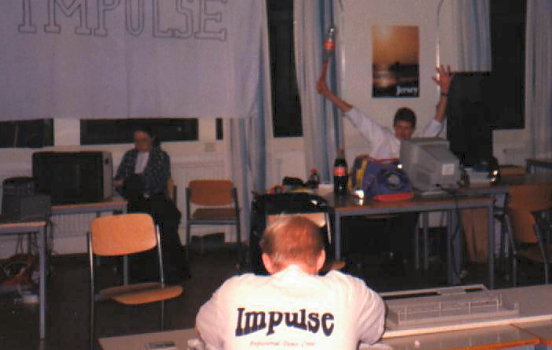 Return of the Mummy! Mandus operating the telescope in search of the moon at the Impulse Lunar Internal. We shot over four hours of film during the lunar eclipse. 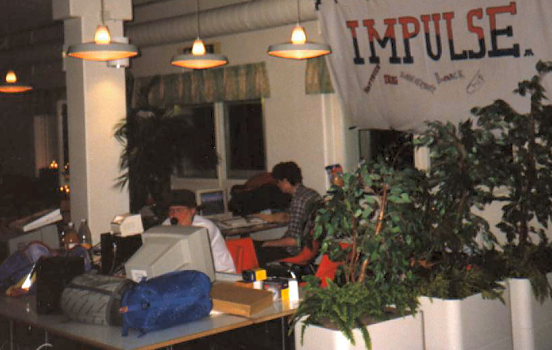