Atari World is an English Atari magazine. This text was published in the Swedish addition in February 1996 as part of promotion for our game Corsair. The blurry mugshots in the upper corner are supposed to look like Reine and Mandus. (enlarge) 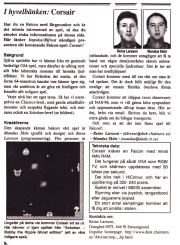 Arbetet is a Swedish newspaper that visited Nordic Atari Show in June 1995 and made a short interview with Impulse members Reine and Mattias. The article also featured a picture with parts of the crew (Mandus, Mattias, Reine). (enlarge)

Created in 1994, Impulse homepage was one of the very first demo-related pages on the web.

This is a cover of French magazine ST Magazine in 1995, saying “Atari finally on the web” by displaying a snapshot from the Impulse homepage, rendered in a CAB browser running on an Atari computer. 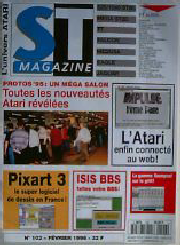 Svenska Hemdator Nytt was one of the oldest Swedish computer magazines. They visited the Impulse convention Gurgelkvack in July 1992 and wrote an article in issue 8, 1992. (enlarge)